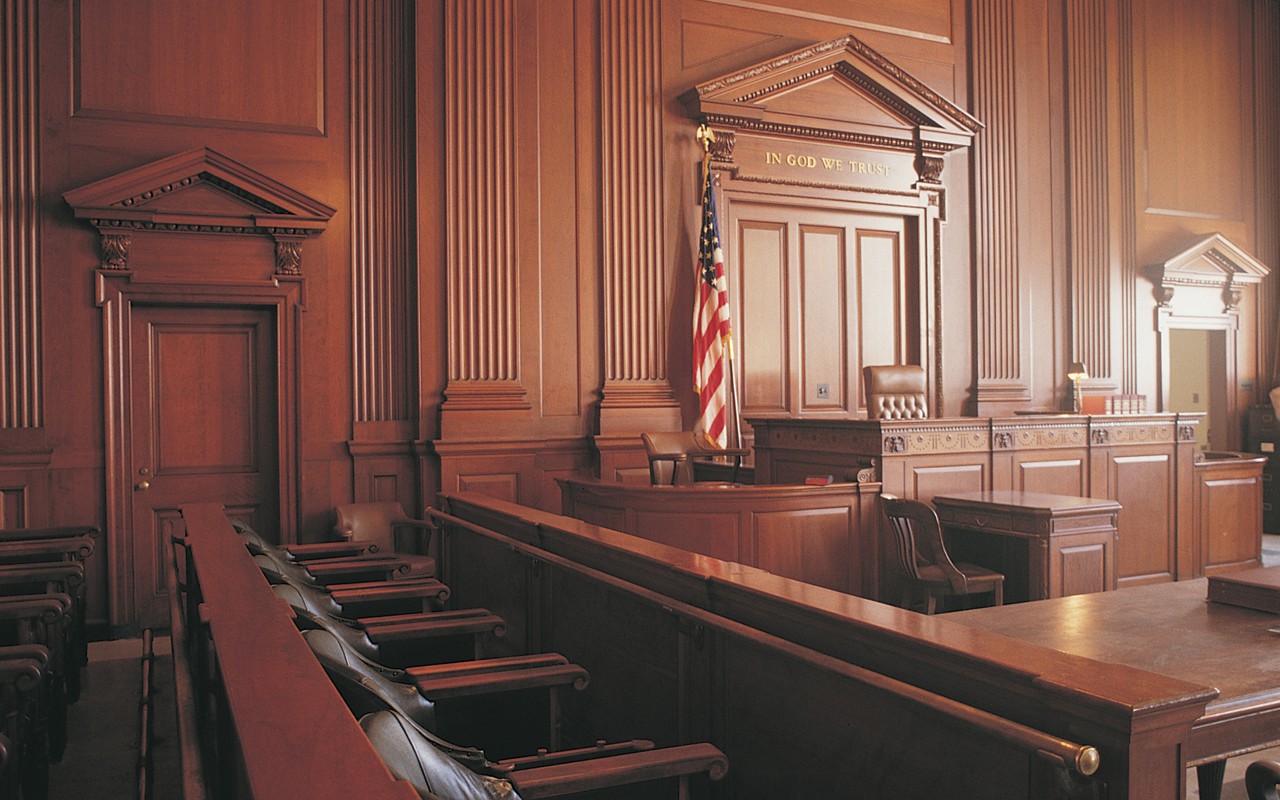 public sector. For some victims it is tempting to wait for completion of the criminal case against their creditors in the hopes that the sentence will include restitution. In theory this would meet their need for recovery without the expense of a private civil case and investigation. However, the needs of victims are best met by being specifically represented through a private investigation and receiving professional legal advice.

1. Plea bargain. Criminal cases are most often settled with a plea bargain. In a plea agreement the elements of prison time, sentencing guidelines, and government fines are considered along with any restitution. Due to requirements of the legal system to meet certain guidelines, the government attorneys may need to bargain away restitution first in order to uphold sentencing guidelines.

3. Third party liability. The criminal prosecution only deals with the activities of the subjects charged with crimes. 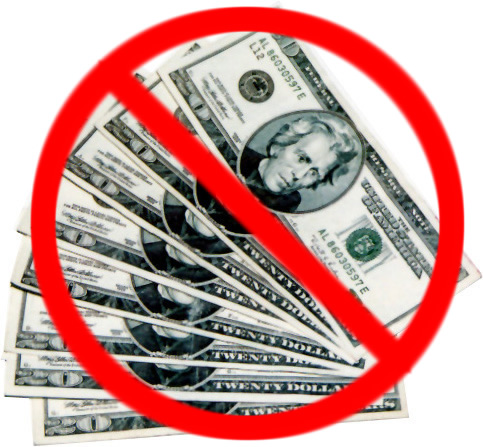 Successful asset recovery in fraud or Ponzi scheme cases extend liability to 3rd party enablers such as financial institutions, sales people, accountants, title agencies, and professional advisers. The activities and assets of these parties are not investigated in a criminal case against the direct defendants. Ponzi schemer Scott Rothstein’s victims sued TD bank for $67 million after in investigation showed that their internal policies allowed the fraud to extend and damage victims. A private investigation and civil lawsuit discovered this new asset source.

4. Spoliation of evidence. In the time it takes to prosecute a criminal case, important evidence which can be valuable to asset recovery can dissolve. Records, documents, witness memory, and even the assets themselves can disappear. Also, during a criminal case third parties are careful not to dispose of or destroy documents. Once the criminal case is over there is no need for these to be retained. Third parties and even the fraudsters themselves are less likely to move assets during a trial since they are under additional scrutiny. Once the trial is completed with a verdict or plea, assets and records are often moved immediately. In one case, a bank executive committed fraud and then filed bankruptcy. It was discovered that he had hidden hundreds of thousands in assets by purchasing antique furniture and decorating homes of himself, friends, and relative with it. The furniture appeared to be normal to the untrained eye and was overlooked as being of value. When the fraudster was released from prison he simply began selling pieces for thousands at a time to support his lifestyle. The scheme was uncovered later but it was after the statute of limitation ran out for victims. The man went back to jail for bankruptcy fraud but most of the asset value was gone by then.

5. Expanded recovery. When a defendant pleads to a lesser charge, it can remove avenues of additional recovery such as treble damages, or multipliers due to victimizing senior citizens. Once a fraudster knows they are already going to prison, they may not fight to reduce their time by a few months or even a year if they can limit the restitution amount. This gives them more capital to access upon completion of their sentence.

7. Private investigation. The criminal investigation only focuses on the criminal law violations and activity. It does not specifically look at the financial activity directly, only as it relates to crimes. A professional private investigation has the latitude to look at activity beyond just the criminal to locate assets and other parties with liability. The investigation may also suggest new legal theories of asset discovery for attorneys, such as constructive trusts or fraudulent transfers. Investigations often turn up previous similar crimes perpetrated by the defendants.

8. Plea types. A successful case disposition against the defendant may have no benefit to victims. A guilty plea can be entered under the Alford doctrine (or Kennedy plea). In this scenario the fraudster says the he or she did NOT commit the crime, but acknowledges that the government may be able to prove they did. It is used specifically to avoid civil liability for criminal actions. Even a plea of nolo contendre can be neutral to civil asset recovery. The defendant is not saying that they committed a crime or not, just that they are not fight prosecution. They are free to fight civil recovery at a later date. An Alford or nolo contendre may not always offer estoppel against future civil claims, but it does end the criminal investigation. The disadvantage for victims is that they now have to start over with their asset recovery case, without the benefit of an investigation which has been in process during the criminal trial. 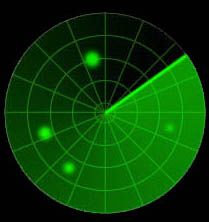 9. Scope of crimes. There are many instances where a private investigation discovers that the scope of crimes is greater than the original indictment. Charges can be upgraded or refiled based on new evidence developed, or when the scale of financial losses is found to be greater. A private investigation of fraud can reveal this since the district attorneys case can be limited by budget, time or other case load. This is common even prior to arrest. We have seen many fraud cases presented to law enforcement where the original arrest was not made due to the perception that the events were a civil matter. Once a private investigation revealed that crimes were committed, and represented to the government the criminal prosecution began.

10. Restitution. An agreement to provide restitution in a plea agreement or even in sentencing from a guilty verdict may not be as valuable to victims as believed. A restitution agreement may cap the amount lower than what could be claimed in a civil case, and it them limits victims from pursuing higher amounts. The prosecution may set the amount based on visible factors such as ability to repay, and perceived losses. A more complete private investigation can reveal that there is more available for recovery than the government discovered in an initial investigation. Criminals are known to manipulate the picture available to criminal prosecutors, who may not have accounting and financial experts as resources.

Bonus #2. Related crimes. Supporting crimes can provide sources of asset recovery for victims. If a fraudster files bankruptcy, any assets hidden from the trustee exposes the claimant to charges of bankruptcy fraud. If this charge is included in a plea agreement, it makes it more difficult to pursue those assets. The same holds true for tax evasion. Rolling these charges into a final plea insulates a defendant against prosecution for prior actions.

The prosecutors office represents the state or federal government, to enforce laws. It does not specifically represent the victims of a crime. While their efforts are responsive to victims, their efforts can be limited due to the priorities of prosecuting and obtaining sentencing percentages. Private investigators and an expert legal team represents the victims directly, protecting their rights and supporting the specific outcome of recovering assets. Many times prosecutors will press harder for deeper convictions when they see victims fighting back.

A restitution ruling is not a new asset for the victim. It is simply another form of a debt owed. As a victim, you already have a 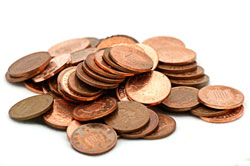 debt owed. The government does not represent a better method of recovery. It may be a potential “collection” method only. Asset recovery is separate from collections. Collection efforts are a form of begging a debtor to voluntarily give up some of their money. Fraudulent debtors already have proven that they do not do this.

Asset recovery professionals do not look to beg money from a debtor. They look at the cash as already belonging to their client, the creditors. It is simply just temporarily located in the hands of the debtor. Asset recovery is actively seizing that money back. Asset recovery specialist is a repo man for victims money.

In addition to getting the victims money back, this serves the purpose of taking power from the fraudsters. It removes their ability to fund their criminal defense, and takes away startup capital to start a new scheme later when the dust is settled on their  case. Fighting to get all of the assets back may actually prevent future victims of the fraudster.

It is easy to think of just writing off the losses and not fighting back. The fraudster is counting on that to keep their criminal punishment to a minimum, and retaining as much cash as they can. The third parties who enabled the fraud are counting on the losing parties to be victims again, so that they can live to scam again.

In fact, fraudsters survive because they count on victims to be passive and not take the extra effort of initial due diligence and investment monitoring. Waiving the asset recovery investigation is just the extension of this philosophy which empowers the fraudster, and lets their third party colleagues get off Scott free.

Some investors in the infamous Bernie Madoff case elected to allow the bankruptcy case to complete before going after third parties. In one instance there was a $2 million claim against a “feeder fund” financial institution which was dismissed with prejudice because it had gone beyond the allowable time for arbitration through FINRA.

It is prudent to be cautious with future expenditures on fraud claims. However, remember that investigators and attorneys are not equal to the people who took your money. The are licensed, dedicated advocates who work for you, not just money shufflers make money from nothing. Investigative expense may be tax deductible and victims may be able to claim investigative expenses as additional damages from the fraud.