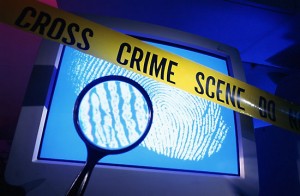 When recorded documents are searched by a title abstractor, the searcher generally will take the document at face value unless some evidence of fraud is glaringly apparent. Document recorders and clerks operate under the same presumption.

Consider the case of a financial fraud being investigated. In this case a person had been sued several years before and a judgment was entered for the plaintiff. The judgment was properly recorded in the land records in the county where the debtor owned property. At the time of the judgment the creditor had reason to believe that the debtor had not discoverable assets to garnish, and the property was encumbered by a mortgage in excess of its value. (There are additional details of the events intentionally left out of this description.)

During that time the debtor acquired funds from the sale of two ATV’s and a boat which were not disclosed to the creditor, and which the creditor did not look for. The debtor also accumulated funds from savings from their regular earnings. The debtor wanted to conceal the funds from several creditors so they were not placed in any bank accounts, nor were visible assets purchased. Instead, the property owner used the funds to pay down their mortgage which had the effect of raising their net worth.

Investigating this case several years later no assets or bank accounts were discovered. However it was revealed that not only was the mortgage showing the higher balance, it was actually paid off. This is where the serious fraud was discovered. In order to extract the asset value from the property the debtor wished to sell, but was aware that the judgment lien would be discovered and would need to be cleared prior to closing.

To avoid this issue, the homeowner created a lien release in the name of the company holding the judgment, and presented it for recording with the county clerk. As it was valid on its face, the instrument was recorded. The property was sold and the debtor received the funds. Upon inspection of the release there was nothing which would indicate to any abstractor or title agent that it did not clear the previously recorded lien. The company name was correct. The signator was different but this would be likely for a company to have multiple signors. The debtor denied having any participation or knowledge of the release being filed.

Fortunately the investigation was able to track the source of the document through the notary. The name and stamp of the notary was investigated and found to belong to a desk clerk at an insurance agency. The agency was the issuer of the auto policy for the debtor, and also had a record of the notarization along with the drivers license info for the person who did sign. Upon contacting that subject they revealed that the debtor had instructed them to sign the form.

Hypothetically, what if the debtor had spent the $5 to go to a notary who was not personally familiar to them, such as at a shipping store? What if the notary had not recorded the identification information for the signor, and the signor had a common name which was not specific enough to locate one particular person?

The lesson for creditors is to check the status of your judgment liens regularly at least, and at best to keep checking for a change in credit or asset status on the debtor. There are a number of ways for debtors to attempt at concealing assets, but most can be discovered in an investigation.

Title searchers can keep an eye out for obvious fraud, but this is a rare event and sometimes not discoverable. The title agent could have caught the fraud if they did not rely on the release to clear the lien but instead contacted the creditor directly. It was after all still showing on the credit report for the debtor.