The Tactical Draw Stroke is the Foundation for Winning a Gunfight

The Tactical Draw Stroke is the Foundation for Winning a Gunfight 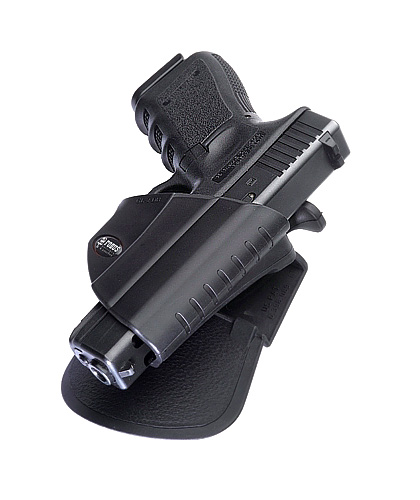 The tactical draw stroke is often underrated as a critical aspect of combat gunfighting. Shot placement, marksmanship, sight picture, and trigger control are more often the focus of the defensive handgun training and range practice. Further complicating the issue is that shooters normally practice on firing ranges where target accuracy is the primary focus, and the draw stoke or presentation is not practical, and sometimes not allowed.

In a real world event where the defensive or combat handgun is necessary, the entire process starts with the draw action, and the quality of the fight is defined by how well this foundation is established. From an effective grip to target acquisition to sight alignment, each subsequent step in the life or death scenario is made better or worse by the execution of the draw.

There are several different “official” draw methods trained, each with its own name and criteria. In fact they are all similar and often variations of each other. For the purpose of this description we’ll use a 4-point draw with the four points being: grip, pull, securing support hand, and punch-out. The reasoning and logic behind the connections between these steps and why they are critical to shooter success will be relevant to all draw methods.

If the draw stroke is the foundation to success is handgun defense, the grip is the cornerstone of the foundation. Let’s take a look at some of the details most frequently included in high level training of shooters and officers, and see how they translate to winning a gunfight.

Professionals who rely on expert tactical shooting skills should practice the entire draw stroke as much, if not even more than they should practice live fire shooting. Once the gun is up and aligned with the target most of the hard work is done. Shooting from high-ready at the range does very little to guarantee survival in a fight. The opportunities for off range practice are endless. Spending 15 minutes at home on plant-and-grip may seem irrelevant or even awkward, and there is no immediate feedback of success such as seeing holes in a target downrange. However uncool it might appear, dry-drawing regularly might be the part of a training regimen tmost beneficial owards the day when a gunfight means life or death to you or others.

A shooter can use an actual firearm for off range training provided it is triple checked for live ammunition, and performed in a sterile area without ammo in the vicinity. A person serious about their expertise can obtain a plastic dummy gun, and use that for thousands of reps of dry-drawing each week. If a more realistic weight and balance is desired, a commercial training weapon such as the S.I.R.T. gun can be used. Some officers have even drilled out plastic guns and added lead for the correct weight.

Civilians who are seriously interested in personal defense or tactical expertise should do the same thing. Private sector ranges normally do not allow live fire drawing of weapons, and the shooting bay platform would get in the way even if it were allowed. If drawing is not allowed at the range, performing the punch-out step and sight acquisition from there adds to the training retention. Marksmanship from the high ready is not really an indication of results if a gunfight should take place. If defensive gunning is what you are training for, don’t just include static range shooting as all of the training.

Often overlooked in tactical procedures is movement. A step to the right or left has often meant the difference in survival for officers and shooters in a fight. Adding this step when dry-draw practice will ensure that it becomes part of the subconscious muscle memory which kicks in when the bad guy does something sketchy. Even when you are restricted to static shooting at a range, you can make sure to include a slight shuffle step when firing to make sure that element does not get lost in, well, the shuffle.

The value of regular practice of this single aspect of the draw stroke is immeasurable. It con be done almost anytime and anywhere. It creates consistency and precision in the action. It increases the officers control of the weapon and reduces takeaway probability. Practice will also reveal slight beneficial variations, such as angling the thumb to clear cover garments, trigger finger placement on the slide, and the feel of the hammer to ensure the weapon is in battery.

Shooters have likely heard all of the steps and associated reasoning in their department training. The valuable message here is the suggestion to practice extensively off-range. It is free, it requires no scheduling of training, and it might have more of a positive impact on officer skills than live fire. Repetition and practice isn’t as glamorous or exciting as live shooting. But the excitement of your family seeing you come home each day might be worth it.